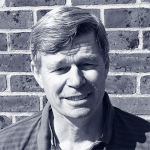 A former Secretary-General of Parliamentarians for Global Action and Executive Director of EarthAction, Nick has long experience of organizing innovative global political networks. He worked as a consultant on political engagement for the United Nations and has worked with Leonardo DiCaprio and other celebrities on climate campaigns. Nick was co-recipient of the first Indira Gandhi Prize, presented by the President of India for his work on convening a group of heads of government to help end the Cold War called the Six Nation Peace Initiative. He is a citizen of Ireland, New Zealand, and South Africa.